ARREST MADE IN SANTA ANA SHOOTING THAT LEFT 1 DEAD, 2 INJURED 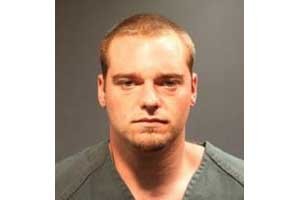 Investigators have arrested a man suspected of unleashing a volley of shots at a parked car, leaving one dead and two critically injured, authorities said.

Dustin Sean McDonald is accused of firing seven to 10 times at a red 2011 Chevrolet late Tuesday night while a man and two women sat inside. He was arrested Wednesday night near his Garden Grove home during a car stop, said Santa Ana Cpl. Anthony Bertagna.

Aaron Jonathan Chavez, 23, of Anaheim was pronounced dead in the front passenger seat of the vehicle. The 21-year-old driver and another 28-year-old passenger were taken to a nearby hospital with multiple wounds.

The identities of the two women in the vehicle have not been released.

Investigators served a search warrant at McDonald’s home before he was arrested, Bertagna said. Officials would not say, however, how they were led to McDonald.

McDonald’s vehicle, a white SUV that was reported at the scene of the shooting, was also retrieved, he said.

Detectives worked into the night after the deadly shooting on 12th Street, just east of Main Street, he said. They also returned to the scene of the shooting Wednesday in search of possible surveillance video in the area.

Chavez and the two women were parked on 12th Street on Tuesday night when the gunman opened fire on the car, Bertagna said.

Officers arrived to find the car stopped in an intersection.

McDonald was being held in county jail with no bail, according to arrest logs. He was booked on suspicion of murder and two counts of attempted murder.

He is expected to appear in court Friday.